BeTh isBell’s (aka Beth Bell) journey to become the rocker she is today hasn’t - by any means - taken a traditional musician’s path to artistic fruition. Beth, born as a young boy named Bill in Columbus, GA, grew up in the US and Europe through school, college and law school as boy, and then practiced civil rights law for years as a man. After being diagnosed as transgender, Isbell began transitioning and is now, after surgery, a woman. After her transition, she experienced hiring discrimination in returning to law, and at the time, there were no legal protections for trans persons, so she decided to return to college to pursue a new career in music & the arts.

She auditioned and was admitted to prestigious Berklee College of Music in Boston, MA, but without a scholarship opted instead to attend The Flaming Lips’ Academy of Contemporary Music at the University of Central Oklahoma (ACM@UCO), graduating with the school’s first class of bachelor’s degree candidates in Spring 2013.  An accomplished musician with a library of diverse yet equally compelling recordings, Beth’s gift as a songwriter and infectious live performances mix elements of both genders, all while maintaining, at the core, a magical soul and mastery of craft capable of inspiring the hope within all of us to be who you truly are and become our dreams.

Beth’s musical journey began in the late 90s, after a divorce, as she was winding down her career as a civil rights attorney and beginning her journey to cross the gender divide. She fell in love with music, singing songs around campfires with talented songwriter and guitarist friends. Infused with these folk influences, the first country song she ever wrote, “The Good Woman Waltz” became the title cut of her first CD, originally released under the name Bill Isbell, and the #1 song in the Texas Top 40 for original songwriters. Simultaneously, she began furiously writing punk rock songs and released The Flying Lennys EP a punk-pop collection that featured a special guest appearance by one of her close friends, neighbor, and musical mentors, Jazz legend Joe McBride.

Living as a women in a man’s body was not an easy evolution; Beth was thrown out of clubs and banned from playing some of her favorite venues as her soul and body transitioned. But, she persevered. During this trying period, she focused on song writing and improving her performance skills as the front person for Dallas psychedelic blues rock band - and underground critic darlings - The Dead Prophets. Beth’s prolific songwriting contin-ued and she placed in several national songwriting competitions and went on to release a number of EPs spanning genres including coffee-house style folk-rock, acoustic rock, and electric blues [“Live @ Blue Moon” (B. Isbell), “The Awakening” (B. Isbell), “Aardvark” (Beth Isbell) and “This Is The Blues!” (Beth Isbell)].

In September 2014, Beth and her band alternative psychedelic rock band BeThisBell (aka BeTh isBell), a collection of good friends from music college (ACM@UCO) released “We Are The Gods!” - a full-length psychedelic-grunge-punk-glam rock album, produced by Trent Bell (Chainsaw Kittens).  The band issued a 5 song follow up EP "Work It Out" in April 2015, with Trent Bell again producing. Beth was the main songwriter for both releases. As a result, BeThisBell was invited and performed at the 2015 CMJ Music Marathon in NYC.

Beth currently lives in Humboldt County, CA, on the gorgeous North Coast of California, about 4 hours North of San Francisco, where she recently was host and DJ of the popular The Flower Power Hour psychedelic rock radio show for local station KMUD FM, as well as co-hosting the station’s Friday drive-time new releases show Musical Possibilities. Two award winning radio shows for the station.  Beth worked with developmentally challenged adults during one of her day jobs, even occasionally getting to put her musical skills to use to teach and entertain the facility’s disabled clients.

In February 2016, Beth Bell officially released the very popular 6 song modern rock EP “Shine On!” featuring a sampling of songs from her most recent official releases.  The new EP kicks off with contemplative Work It Out, the Bowie-esque We Are The Gods!, and this EP’s powerful title cut Shine On!. The EP rounds out with the inspiring In This Moment, recent single “Love Sublime” – a message to her twins and the LGBT community, and the beautiful pop-orchestrated “Love Tonight.”  Six very uplifting mainstream rock songs intended to uplift, inspire. And, family friendly!

In 2021, BeThisBell released "Remastered" which featured remastered 24 bit versions of the highlights from all three full band releases - We Are The Gods?, Work It Out, and Red. Including the band's sizzling new single "Keif".

In 2022, BeTh is currently lead guitarist for her good friend's Matthew Green's project The Colour Green. Singing background vocals, instead of the lead vocals, has been a fun challenge, while wailing away among the sonic wash her iconic electric guitars, homemade pedal board, driven by a Mesa Rectifier and a Vox AC30, designed to cause euphoria. In other words, she's having fun helping to craft and add soundscapes over Matthew's very catchy singer-songwriter indie pop riffs. They have been recording a new album together at Bongo Boy Studio in McKinleyville, CA, working with engineer Dominic Romano. This new album features touring professionals Sam Kaplan-Good (Object Heavey) on drums, and Cody Fowler (Horse Theif) on bass guitars. Yes, that's the same Cody Fowler from BeTh's band BeThisBell. Full circle.

The Colour Green's new album "Yay!" will be released Summer 2022 and coming to a record store near you!

Guitarist & vocalist BeTh isBell and guitarist Justin Hays met at music college (ACM@UCO) and formed the band BeThisBell in Spring 2011. Shortly thereafter Cody Fowler (who is also in the band Horse Thief, signed to Bella Union Records) joined the band on bass and turned us on to Kellan Turner on drums. The band has played shows at various venues, music festivals, and pride festivals Oklahoma City, OK, and Dallas, TX, and the band's music has received FM radio airplay and been selected by several Sonicbids promoters for various licensing, airplay, and other performance opportunities.

After graduating from music college in 2013, the band began recording We Are The Gods! at Bell Labs in Norman, OK, with producer Trent Bell (Chainsaw Kittens) at Bell Labs, Norman, OK. We brought in Nick Ley of the band colourmusic (and now a member of The Flaming Lips), in to play drums on the album. Justin & Beth played all the rhythm guitar parts on the album. Our friend Blaise Thompson of the bands Moon, and Drainbows, and Beth laid down all the lead guitar parts on the album, with Justin laying down the lead on Ruby. The band's sound is alternative rock painted with psychedelic, proto-punk, indie-rock, garage, shoegaze, & blues-rock influences.

Due to the strength of it's first album, the band recently picked up a music publishing administration deal with Essex Music Intl., Inc., which also administers publishing rights for David Bowie. Garrett Haines of Treelady Studios mastered the album. Both Trent and Garrett are former grammy award winners for their prior studio work. The band's first album We Are The Gods! was officially released on September 15, 2014.  https://bethisbell.bandcamp.com/album/we-are-the-gods-2014

The band followed up their September 2014 WATG! album with a 5 song EP "Work It Out" released this past April (2015).  Whereas, We Are The Gods! told a dark angry twisting story ending in hope. Work It Out is, as the title suggests, a workman-like effort at delivering on that hope, living out that dream. From Beth's soaring guitar work - pouring her soul out in Bleed, to the passionate plea at the end of the EP to let your individual light Shine On, the contemporary alternative vibe of Work It Out finds society right where it lives musically. Produced by Trent Bell, the band's Work It Out EP is another well-crafted work of contemporary sonic art. https://bethisbell.bandcamp.com/album/work-it-out-ep-2015

BeTh is also a published poet signed to a book publishing deal under the name Sarah Isbell and has released five books: The Broken Whale - an existentialist poetry collection and an illustrated children's book called The Book Of Green Goo - an imaginative Dr. Seuss themed look at tolerance, acceptance, and some basics of health safety (cold/flu). Pieces of Humboldt (SOLD OUT) features gorgeous scenic photography paired with matching poems from over 30 local artists (poets & photographers) about her home Humboldt County, CA. Her second poetry book, Psychotic Kittens (SOLD OUT) - a thought-provoking collection of insightful well-crafted poetry. BeTh's most recent release is a poetry chapbook entitled Punk Poets - a collection of some of BeTh's best poetry work and favorite poems. She is working on another poetry collection and has a second children's book written, looking for a book agent.

BeTh isBell's music has been described as "edgy, subversive," "passionate," "innovative," "alternative art at its best"
"which redefines 'dark' as a plausible blend of the psychedelic & the acoustic!", and BeTh as "an artist who is truly one of a kind!"
BeTh is a 3 time Top 10 category finalist in the USA Songwriting Contest -and- a TAXI Top 10 monthly songwriter pick (7/08).

I am the bastard love child of Janis Joplin & Jim Morrison, except that one day while Jimbo took a trip in the desert,
Janis was in NYC banging Lou Reed. It's all a little fuzzy from there ... and yes, I'm actually a girl! ... well, currently!
I recently received my Bachelor's degree in music performance and music business in May 2013 from ACM@UCO.
I would like to eventually teach.  And tour.  That would be sweet.  And fight.  For your right to be yourself too.

I am a songwriter.  A teller of tales.  A painter of sounds.

Thanks for your support!
BeTh isBell 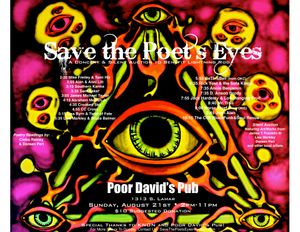 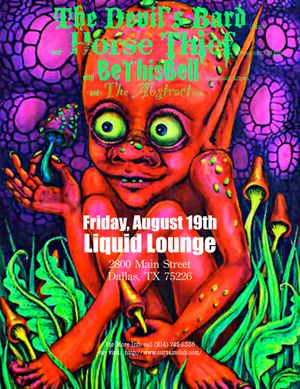